CLAY ADAMS is an actor with daytime, primetime, feature film and commercial credits, including a national campaign for Coca-Cola seen during the Oscars and the Olympics. He is best known as a voice actor, with numerous credits including Teenage Mutant Ninja Turtles: Fast Forward and several seasons of Yu-Gi-Oh. In the comic book world, he co-created RED XMAS from Scout Comics, which will be released to bookstores this holiday season through Simon & Schuster, and he is currently co-writing PRODIGAL SON, a western co-created by actor Martin Kove, who plays Sensei Kreese on Netflix’s Cobra Kai. Clay’s work has been featured in the LA Times and he was recently listed at #4 on Soda and Telepaths' 51 Indie Comics Creators You Need To Keep an Eye On. He holds a BFA in acting and dramatic writing from NYU. 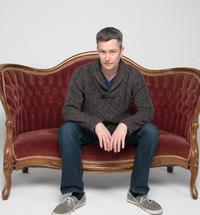 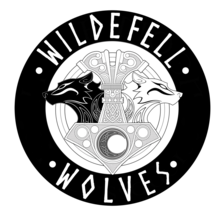 Jason Flowers is a comic artist and creator. His work has been seen on covers for IDW's Teenage Mutant Ninja Turtles, TMNT:The Last Ronin along with their newest 2023 series Lost Years. Other illustrated covers include: Maniac of New York for AFTERSHOCK COMICS and Black Friday for SCOUT COMICS. His creator owned graphic novel, A.A.I Wars is published by CALIBER COMICS and a time traveling graphic novel, RIPPED, for ARCANA COMICS. He has illustrated sketch cards on Star Wars and Mars Attacks for TOPPS CARDS and Marvel Premiere, Alien and Clerks for UPPER DECK CARDS. Currently he is writing and illustrating his successfully crowd funded comic, Bounty Bullfrog~

Robert A. Multari is a creator/writer working in multiple genres including horror, supernatural, superhero, and antihero themed comic books. Rob is also the founder of his self-publishing company, Lone Wolf Comics. Rob lives in Sharpsville, PA with his wife, three children, three dogs, and cat. It had been Rob’s dream since he was a kid, struggling with A.D.D. and dyslexia, to be in the comic book business.
In July 2017, Rob released the first issue of his ongoing comic book series, Night Wolf. Currently published and available in print and digital are Night Wolf Issues 1-6, the volume 1 trade paperback that collects the first four issues, and for the first two issues of his hit new series, Snow Paw. Currently, Rob and his team are working on producing Night Wolf Issue 7 and about to release the Night Wolf Voodoo Doll 12" Plush Toy, which was inspired by the hit series.
About Night Wolf:
Night Wolf is an urban fantasy werewolf coming-of-age horror/drama about Rodney Marcelli, a young man who discovers that he was born a werewolf and is reluctantly thrown into a supernatural war against a Dark Covenant.
About Snow Paw:
In 19th-century Scotland, a fierce heroine with an adventurous spirit nearly gives in to the social expectations of her time, but a trite fairy tale ending is not to be as Cirilla MacKinlay discovers her werewolf lineage. Her eyes are opened to the existence of Supernatural beings & creatures of Fantasy!.

At Wildefell Wolves we strive to educate others about the habits and environment of wolves. We are a small ambassador program that focuses on animal training for events and media appearances in order to promote a positive image of wolves and their need in our ecosystem. Our rockstar is the grey wolf Stark who played Ralph the wolf in the summer blockbuster Rampage where he worked side by side with ‘The Rock’ Dwayne Johnson. Stark’s understudies include Spock who has a calm loving demeanor and is great with children and also our main educational guest. Ender who is full of energy and very curious. Octavia who is a lovable princess. Andúril who is shy, but very motivated and eager to please. (Pan the crow and Eivor the owl are also available.)

Our animals have a variety of experiences under their belt including interpersonal meet and greets, posing for magazines, as well as acting in commercials and music videos.

Alex Hom is a passionate Dallas, TX based actor with work spanning stage performance, commercials, movies, anime, and video games. With 15+ years of acting experience he has professionally pursued opportunities within the industry for the past decade. He hopes to continue his journey in voiceover and acting in general for many years to come while simultaneously being a source of information, advice and (hopefully) inspiration to those who need it, promising to be the person he always needed when he was younger.
While acting as a whole is his passion, voiceover, particularly in anime, is where Alex shows what he's made of. He has been a part of numerous shows within the past few seasons including: "Aoshi", "Attack on Titan", "Chainsaw Man", "Date A Live", "Kaguya-sama: Love is War", "Love After World Domination", and many more. His most notable roles include: Daniel Fou Durland in "Trapped in a Dating Sim", Tryton Du Diento in "Skeleton Knight in Another World", Yoshida in "Higehiro", and most recently as the fire-y haired big-brother figure: Rensuke Kunigami in "Blue Lock". Aside from anime, Alex also has a handful of credits in live-action dubbing, as well as video games.
Alex is honored to attend this convention and would love to meet any and all guests, con-goers, and others during his time here. Happy to meet you all and make new friends along the way! (The real treaure).

As a Texas based actor, Drew Breedlove has been a professional in the entertainment industry for several years. Whether it’s performing on stage, in front of a camera, or behind a microphone, he does it all.
While he’s worked on numerous commercials over the years, one of his favorite roles is his most recent, portraying the insecure “Jamie” in the Hallmark-inspired film, “LOVE, GAME, MATCH,” on Amazon Prime Video.
Whenever he’s not in front of a camera, he’s behind a microphone. With over thirty-four animated series to his name, it’s quite possible you’ve heard him in some of your favorite animes like “ONE PIECE,” “FIRE FORCE,”  “FAIRY TAIL,” “THE DISASTROUS LIFE OF SAIKI K,” and many more. His most notable characters are “Akimasa Noro” in “TSUREDURE CHILDREN,” “Futoshi” in “THE WORLD ENDS WITH YOU: THE ANIMATION,” “Jade Raven” in “THE FRUIT OF EVOLUTION: BEFORE I KNEW IT, MY LIFE HAD IT MADE,” and his biggest role to date (Also his absolute favorite) is the bestest boy with a monster inside him “Meguru Bachira” in the popular series “BLUELOCK.”
Drew would absolutely love to see you, so make sure to come by his table and say hi!! :)

On site make-up for beauty and special makeup effects as well as prosthetics (custom or generic) for film or television. Wigley FX is a full-service studio. Contact us today for your project's needs

Noelle Hannibal is an actress/singer who appeared in the film "Star Trek: First Contact." She has the unique distinction of portraying the first female Vulcan on Earth. She has also appeared in "Buffy The Vampire Slayer" as part of the Sisterhood of Jhe and "Star Trek: Voyager" as a Taresian woman. Originally from Los Angeles, Noelle made her professional theatre debut playing Chrissy in Hair, then moved to Ireland to tour the country starring in Lock Up Your Daughters (Hilaret). Select theatre credits include Chicago (Velma), South Park (Sheila), Rent (Mimi), Chess (Florence), The Who's Tommy (Mrs. Walker), Hair (Sheila), Hedwig and the Angry Inch (Yitzhak) and Carrie (Margaret White). Noelle currently resides in Montreal where she runs her theatre company, In the Wings Promotions. She performs regularly in concerts, cabarets and theatrical productions. For more information, visit www.noellehannibal.come your paragraph here.